Because of its unceasing exposure to seasonal weather, the roof is often susceptible to organic growth such as moss. Moss is frequently green in colour that if left untreated for a long period of time can resemble a wide expanse of green carpet on roofs.

Reduce the possibility of stagnant water

Though it does not directly cause roof damage, moss is the main reason for increased water stagnancy in roofs which will eventually lead to deterioration. Whether the roof is made of wood, metal, asphalt, clay, or cement, it is still prone to water accumulation. North-facing areas of the roof tend to be wetter which is ideal for the growth of moss since moisture evaporates slower in these areas where the sun rarely reaches.

A moss infested roof is certainly unappealing to look at since it deprives its natural appearance. The worst example we have seen, is penetration of the vertical slots between shingles which then destroys the ceramic granules. The only resolution is to replace the roof tiles or the roof completely. Roofman have a professional treatment that will stop the growth of the moss immediately. We then remove the moss completely using a spray wash leaving you with a roof to be proud of. 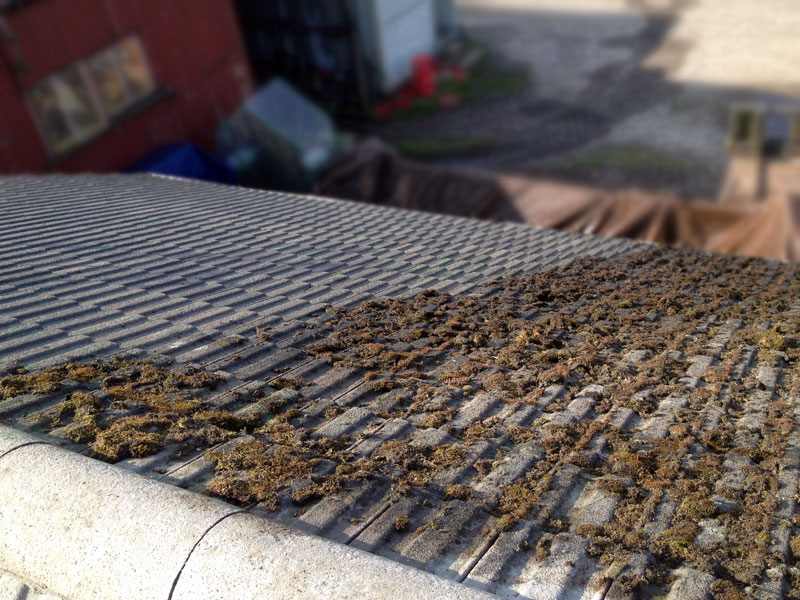